Augmented intelligence refers to a type of human intelligence amplification supported by a partnership between people and artificial intelligence (AI), working together and complementing each other to enhance cognitive performance, which includes learning and decision making. As mentioned in our last blog post, The future of news in media intelligence. The top 7 trends to look out for in 2023, augumented intelligence is definitely going to be a trending topic in the new year, so let's dive into it and learn more about it.

AI adoption is 2.5x higher today than in 2017, according to the “State of AI in 2022” report published by McKinsey, which means that 50% of the respondents reported adopting AI in at least one business area. When half of an organization is using AI in one way or another for their work, Augmented Intelligence is no longer something anybody can ignore.

Throughout the last few decades artificial intelligence has steadily moved from science fiction, to research labs, and now finally technology has caught up with business requirements to deliver practical solutions that actually benefit organizations. 2023 is shaping up to be another landmark year for AI adoption, augmenting intelligence teams across a broad variety of media intelligence use cases.

So what is all the fuss about? Media intelligence consists largely of the knowledge of signals and insights from the media that could impact businesses. There’s a problem though: this is hard to do due to the sheer scale of global media. If we take the subset of news alone, there are well over a million articles published across the globe every day, in multiple languages, and from many thousands of publishers (many of which are behind paywalls). Even if teams can manually access all these news articles, only a minor fraction of news that is published will be potentially relevant to a specific organization, so finding the signals they care about amongst the noise is a major challenge, and to do it effectively requires a huge investment in employee resources.

This is why the adoption of AI-powered technology, such as a News API, is growing increasingly essential for businesses in 2023. The combination of a state-of-the-art AI technology with existing human expertise is extending the possibilities of what media intelligence teams are capable of tracking and monitoring. While machines do the heavy lifting, human employees have their work loads significantly lightened when it comes to sourcing and reading relevant news, meaning they can focus on the jobs that machines are not (yet) fully reliable on, such as making decisions that matter in the real world, with all its intricacies and ambiguities.

Augmented Intelligence solves many of the challenges faced by media intelligence specialists by allowing people to work faster and smarter. If you want to benefit from enhancing your team’s Augmented Intelligence, then we suggest you start testing an intelligent news monitoring platform like AYLIEN, that can greatly help you uncover critical business insights from global news. You can get instant access to a free 14-day trial of our News API for your data teams, or you can sign up for a free trial of Radar, specially designed for analyst teams. 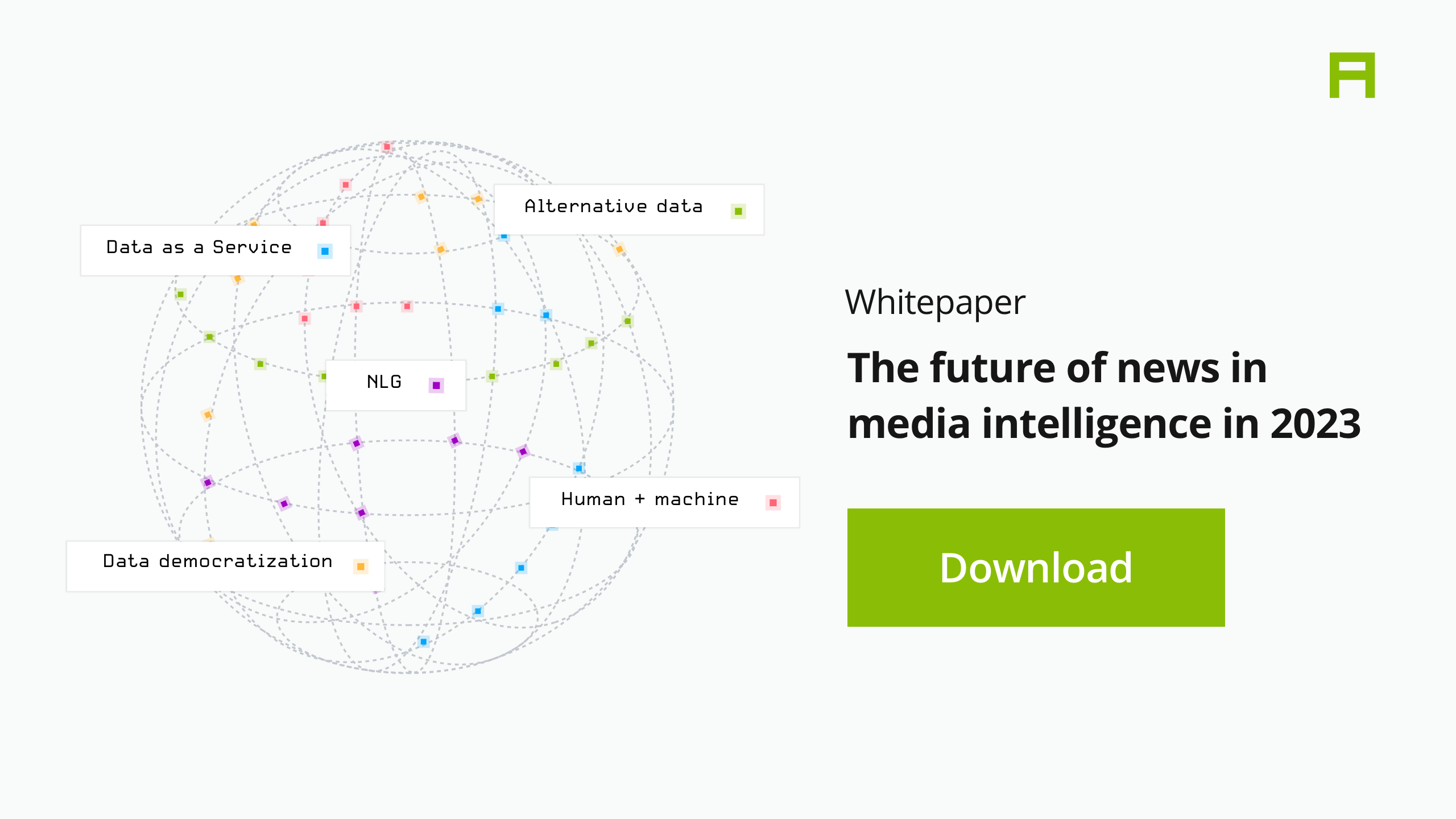