At AYLIEN, we make no apologies for regularly pointing out that the sheer quantity of news out there can make separating the signal from the noise quite a challenge. With so many millions of news items published every day, the idea of manually sifting through this digital haystack looking for needles is obviously a non-starter.

But the correct response is emphatically not reducing the number of sources we rely on.

To do this would be to run a real risk of missing the key events we need to be aware of - which is the whole point of the exercise in the first place. The truth is that in many media intelligence use cases mainstream media coverage simply isn’t enough. In this piece, we will explore why.

Media intelligence as a tool for managing risk and opportunity

Knowing what is happening in the world is of vital importance for many organizations.

The point has been well made previously on our blog, but to give just a handful of examples:

To do this requires what we call ‘media intelligence’: properly evaluating news from a variety of sources to find and elevate what matters to the organization and the individuals who need to see it. This is what AYLIEN News API does.

But how many sources do we need? And are mainstream media outlets enough?

The answer to that question, which you may have guessed by now, is “no”. Here’s why.

The limits of mainstream media

To put it in the simplest way possible, the “mainstream media” does not provide the depth and detailed coverage required to do the types of jobs we mentioned above. There are a variety of reasons for this.

Firstly, it is just a matter of limited resources. No media outlet can cover everything, so we should not expect to learn everything from any one source. And as mainstream media outlets usually focus on providing a service to the ‘general news consumer’, they will tend to highlight those stories of the greatest interest to the greatest number of people.

But that, self-evidently, is not what specific organizations require.

To take a contemporary example, anyone wanting updates on the current situation in Afghanistan will certainly be reasonably well served by mainstream media outlets. But what if our business has investments or operations in the Central African Republic? Can we expect The New York Times or BBC to keep us abreast in a timely manner on the progress of the ongoing civil war in that country?

The fact that you may not even be aware such a war is taking place gives you the answer to that question.

This challenge has been exacerbated by trends across the media industry in recent years. As the digital revolution has decimated budgets, so foreign correspondents have become thinner and thinner on the ground. This trend has been well-documented and probably doesn’t need to be stressed again here. Suffice to say, within mainstream media large areas of the globe are covered patchily at best. Now more than ever, to really know what is going on in the world requires local sources, often in local languages.

We find the same difficulty when considering topics of interest. For example, consider the very modern challenge of cyber security. For both public and private organizations, it is vital to be aware of emerging threats in this area as early as is possible. But the mainstream media tends to report on this subject only in the aftermath of a successful attack - when it is too late. In this area, successful intelligence depends on specialist publications.

We talk a lot about fake news today, but for those in the media intelligence space it is important to understand that all news is somewhere on a continuum between absolute truth and outright falsehood. This is true for mainstream media, specialist media, blogs - the whole range of sources that are out there.

In fact, it can be argued that as mainstream media is more of an entertainment industry than some may care to admit, and as the line between news and opinion is blurred, it is no surprise that over half of Americans no longer trust what they read in these outlets

In this context, additional sources beyond mainstream media add weight to a story and can help identify those stories that are true, or close to true. In AYLIEN News API, we use clustering of stories not only to avoid serving hundreds of articles about one topic, but also to provide a rapid visualization around what is important, and what is agreed upon and therefore most likely to be true.

That is in addition, of course, to the 80,000 sources we aggregate in real-time to ensure that AYLIEN customers will never have to rely solely on the mainstream media. 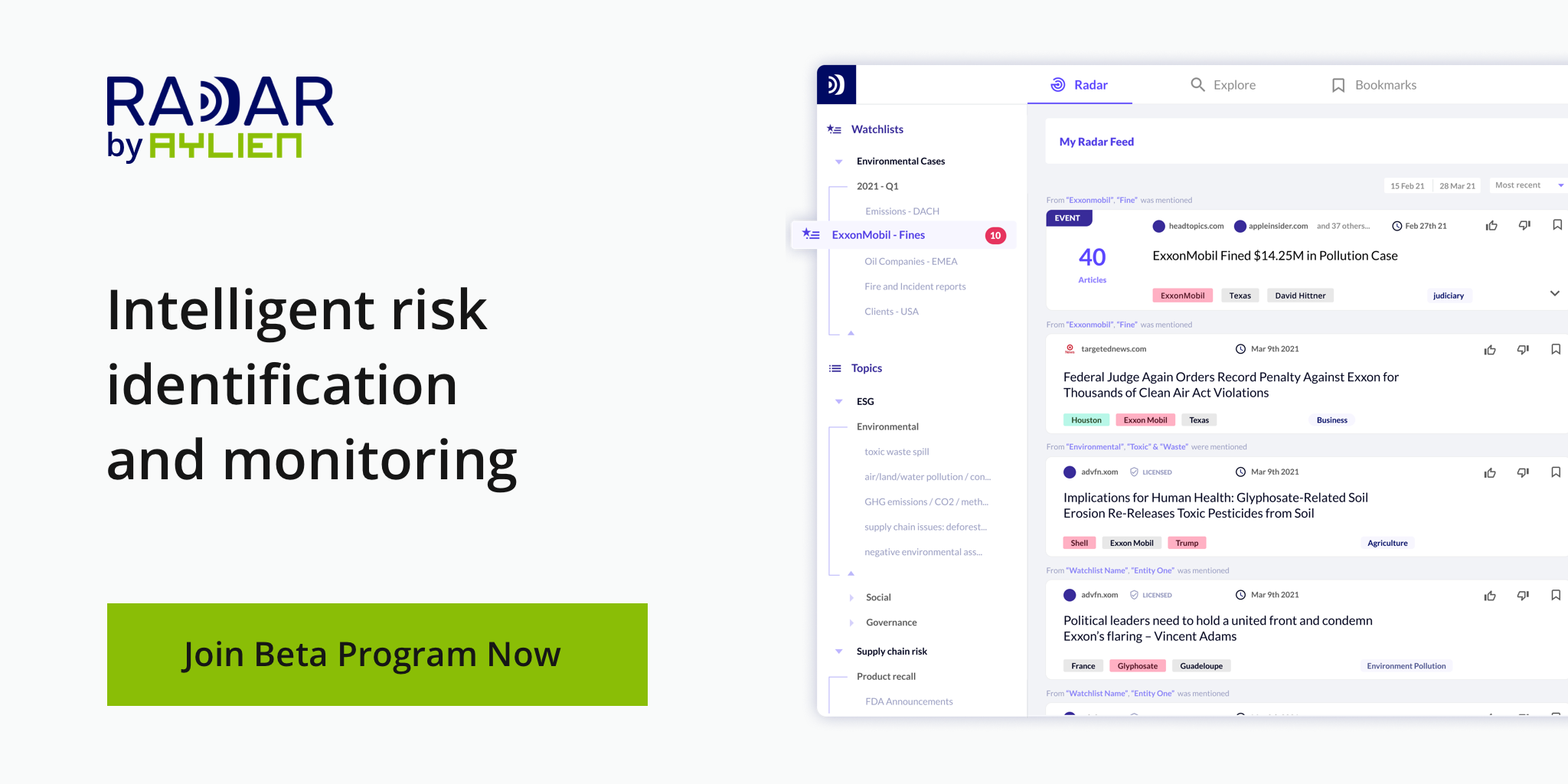