The post discusses highlights of the 2018 Conference on Empirical Methods in Natural Language Processing (EMNLP 2018). You can find past highlights of conferences here. You can find all 549 accepted papers in the EMNLP proceedings. In this review, I will focus on papers that relate to the topics below.

The inductive bias of a machine learning algorithm is the set of assumptions that the model makes in order to generalize to new inputs. For instance, the inductive bias obtained through multi-task learning encourages the model to prefer hypotheses (sets of parameters) that explain more than one task.

Lesson 1: If there is symmetry in the input space, exploit it.

The most canonical example for exploiting such symmetry are convolutional neural networks, which are translation invariant. Invariance in general means that an object is recognized as an object even if its appearance varies in some way. Group equivariant convolutional networks and Steerable CNNs similarly are rotation invariant (see below). Given the success of CNNs in computer vision, it is a compelling research direction to think of what types of invariance are possible in language and how these can be implemented in neural networks. 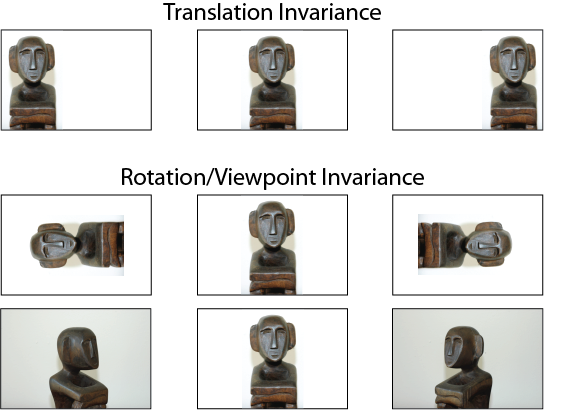 Lesson 2: When you know the generative process, you should exploit it.

For many problems the generative process is known but the inverse process of reconstructing the original input is not. Examples of such inverse problems are MRI, image denoising and super-resolution, but also audio-to-speech decoding and machine translation. The Recurrent Inference Machine (RIM) uses an RNN to iteratively generate an incremental update to the input until a sufficiently good estimate of the true signal has been reached, which can be seen for MRI below. This can be seen as similar to producing text via editing, rewriting, and iterative refining.

There are roughly 6,500 languages spoken around the world. Despite this, the predominant focus of research is on English. This seems to change perceptibly as more papers are investigating cross-lingual settings.

Languages vary surprisingly in the parts of the body they single out for naming. Variations in part of the lexicon can have knock-on effects for other parts.

If you ask speakers of different languages to color in different body parts in a picture, the body parts that are associated with each term depend on the language. In Dutch, the hand is often considered to be part of the term 'arm', whereas in Japanese, the arm is more clearly delimited. Indonesian, lacking an everyday term that corresponds to 'hand', associates 'arm' with both the hand and the arm as can be seen below. 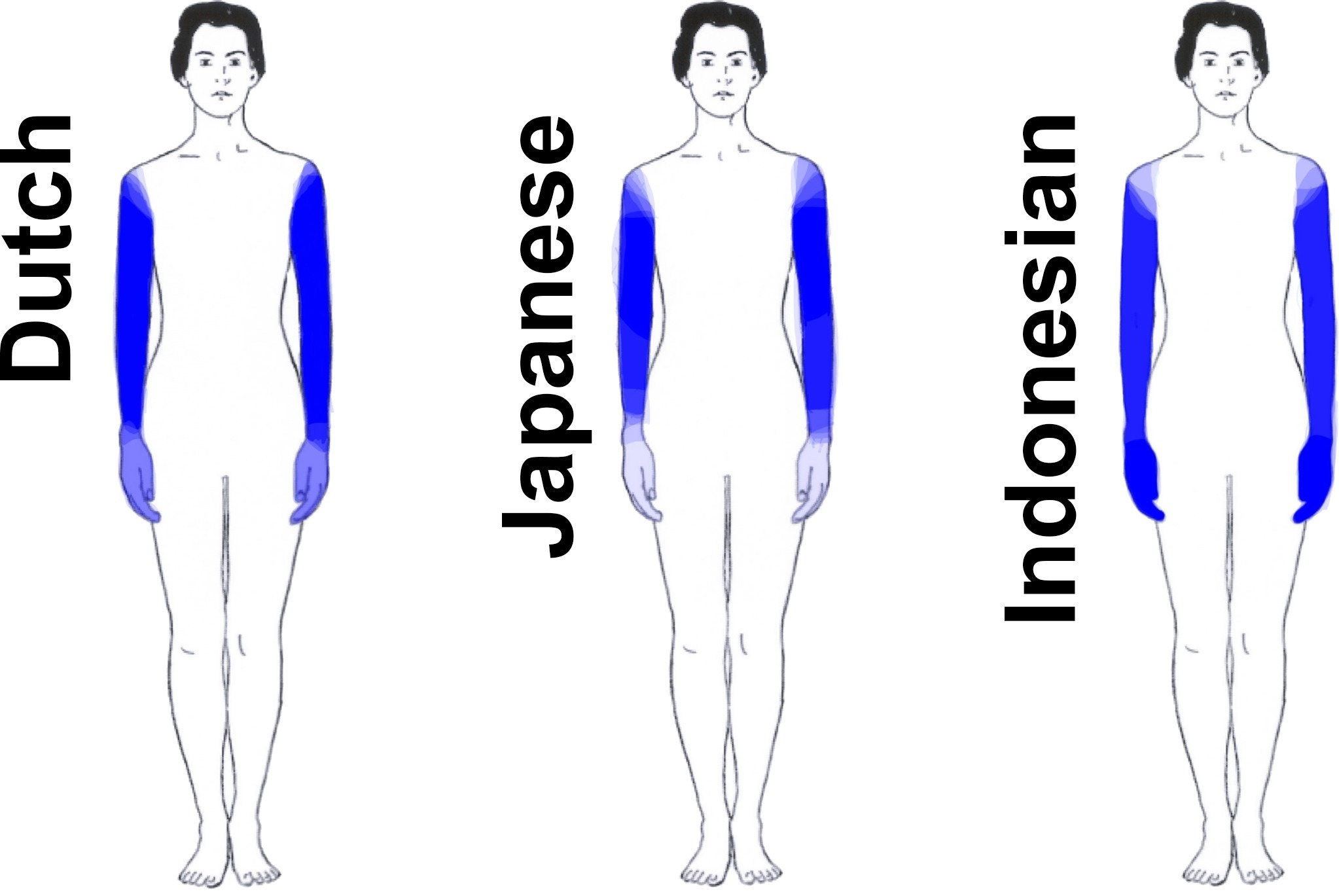 The representations we obtain from language influence every form of perception. Hans Henning claimed that "olfactory (i.e. related to smell) abstraction is impossible". Most languages lack terms describing specific scents and odours. In contrast, the Jahai, a people of hunter-gatherers in Malaysia, have half a dozen terms for different qualities of smell, which allow them to identify smells much more precisely (Majid et al., 2018). There was a surprising amount of work on cross-lingual word embeddings at the conference. Taking insights from Asifa's talk, it will be interesting to incorporate insights from psycholinguistics in how we model words across languages and different cultures, as cross-lingual embeddings have mostly focused on word-to-word alignment and so far did not even consider polysemy.

Latent variable models are slowly emerging as a useful tool to express a structural inductive bias and to model the linguistic structure of words and sentences.

Language models are becoming more commonplace in NLP and many papers investigated different architectures and properties of such models.

Many new tasks and datasets were presented at the conference, many of which propose more challenging settings.

Papers also continued the trend of ACL 2018 of analyzing the limitations of existing datasets and metrics.

These are papers that provide a refreshing take or tackle an unusual problem, but do not fit any of the above categories.

You might also find these other reviews of EMNLP 2018 helpful: